Hyenas (2011) 480p
IMDb: 2.8/10 || Size: 313MB || Language: Hindi + English
Genres: Horror
Directed by: Eric Weston
Writer: Eric Weston
Stars Cast: Maria Bertrand, Meshach Taylor, DaJuan Johnson
A woman named Gina (Christina Murphy) is driving down the road when she crashes then she sees a light then hyenas attack her. Then the baby she had in the car gets attacked. Later two friends are driving down a road when they find a corpse on the road. They call the cops to report a dead body. The cops come to investigate. Then a man named was Crazy Briggs (Meshach Taylor), Sheriff Manfred (Rudolf Martin) Confronts Briggs that the investigation isn’t his problem. Then Briggs tells a story about a man named Gannon (Costas Mandylor) was shown in an autopsy room. 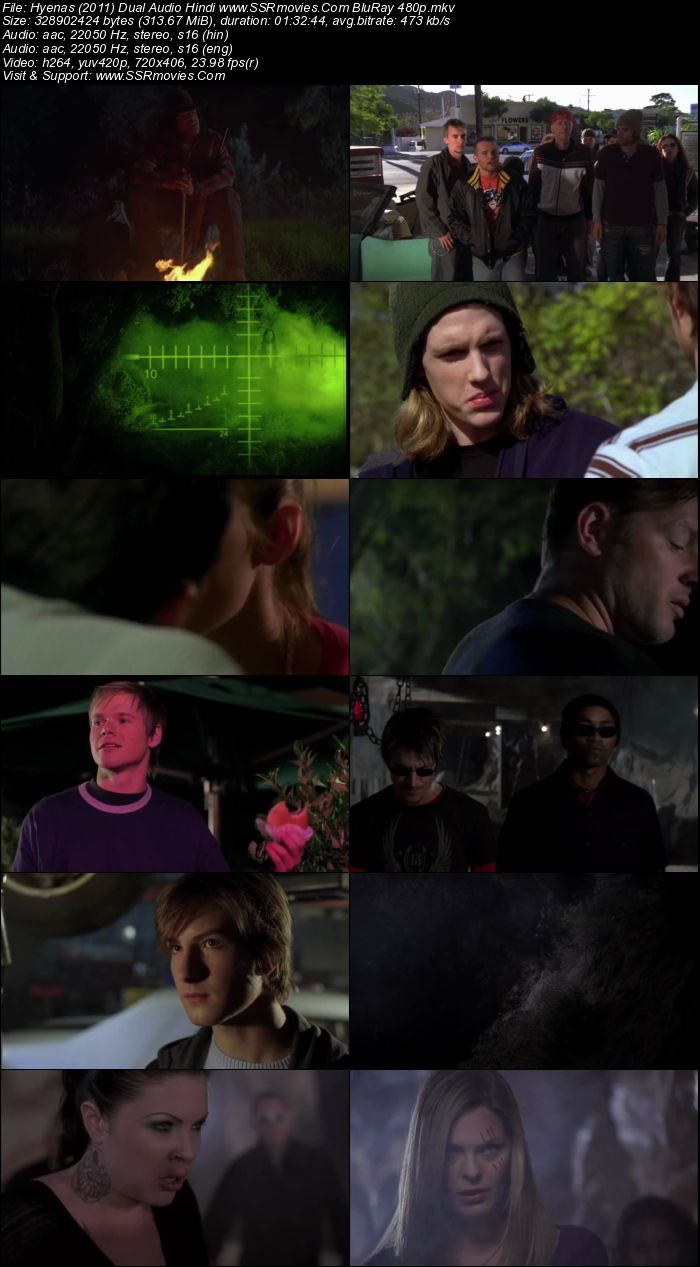